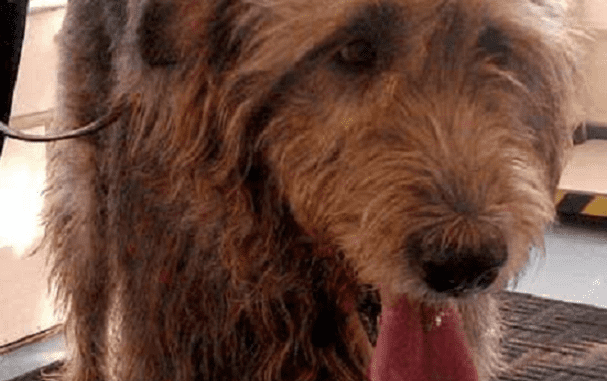 70+ kg of Irish Wolfhound collapsed in a back-garden sounded like an emergency that could not wait. Donna had to finish scaling and polishing another dog's teeth whilst Ian and Eileen rushed over and found Wilf sprawled out and looking very poorly indeed. He had a distended abdomen, was trying to vomit, had pale gums and a very fast and weak pulse. These were the signs of a Gastric Dilatation and Volvulus (also known as GDV or Bloat). This really was a life threatening situation and every minute until we could get him back to the vet's was vital. Somehow he was picked up and driven back to the clinic where treatment was started.

All Ian's evening appointments were cancelled as he knew he was going to be busy for the rest of the day and probably most of the night. Wilf was in a lot of pain so immediately given pain relief and an x-ray was taken. This confirmed the condition demonstrating a swollen gas-flled stomach with the pylorus (the end of the stomach) in completely the wrong place. Some gas was taken off his stomach to ease the pressure on his internal organs and he was immediately prepared for surgery in the theatre. 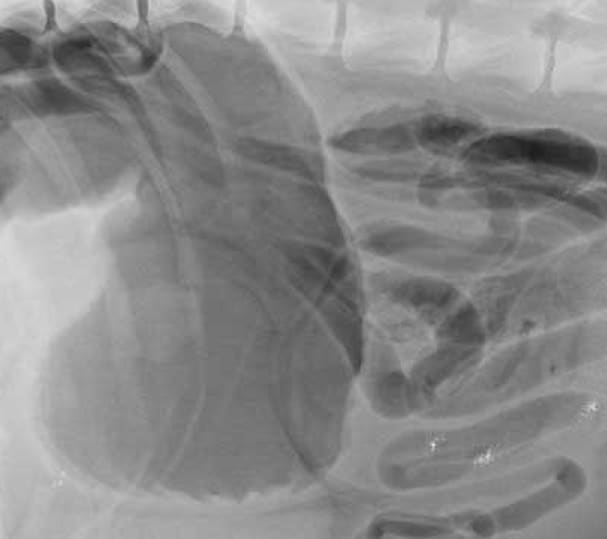 At surgery his stomach was further deflated, de-rotated and because of blood clots in the main vessels, his spleen was also removed. Like humans, dogs can survive without their spleen. Ian also performed a gastropexy to permanently secure Wilf’s stomach to his abdominal wall. This is done as a procedure to help prevent a GDV happening again. A gastropexy is often recommended for very deep chested dogs such as Irish Wolfhounds when they are young for exactly this reason. Ian is now performing this procedure via key-hole which makes it a very non-invasive procedure.

Wilf was kept in overnight for fluids, medications and ECG monitoring. However, his recovery was phenomenal and he was sent home the following morning . Wilf has come back to see us and he is doing amazingly well. He is active, bouncing around and very happy. He’s not even been licking the wound on his stomach. He really has been so brave and so lucky that we were able to care for him in time.

A worthy recipient of the Big Bear Award for bravery... well done Wilf!