This month our Big Bear award goes to Jake. Jake is a 6 and a half year old dwarf lop rabbit. This is picture of him relaxing at home.

Poor Jake has a history of bad dentition (teeth) which can be a common problem in rabbits. We initially saw Jake for a second opinion after he had been treated at another vets. Rabbit teeth continue growing throughout their lifetime and this can be problematic if they are not worn down or if the jaw is misaligned.

Dental examination revealed that Jake's incisor and molar teeth were not meeting properly and needed attention as they were preventing him from chewing properly. The molar teeth were burred down and the incisors needed to be removed. We advise that all rabbits have regular dental checks to ensure they have good teeth. Feeding the right diet with enough hay is also very important to wear down the teeth.

Jake was managing well with his teeth and coming in regularly for dental checks every few months to have his remaining teeth trimmed. During this period, his owner noticed that he had a reduced appetite and was passing smaller drier faecal pellets. Since rabbits are grazers, it is really important that they eat regularly to maintain good gut health. Jake was brought in for a check up. We diagnosed Jake with a condition called ileus - this is when the guts stop working effectively. Motion of food though the gut is reduced leading to changes in the normal bacterial population. If left untreated, ileus can cause severe pain, liver failure and ultimately death in rabbits.

Rabbits are prone to ileus if they have any illness or stress. Things that could be stressful include: diet changes, changes to housing, loss of a companion etc. As prey animals, rabbits will tend to hide signs of pain or stress, making it harder to spot that they are unwell. Rabbits cannot vomit so any changes in the food intake or poo are very important to note.

Jake was treated with warmed fluids under the skin, antacid medication and gut motility agents to encourage better intestinal health. He was also started on pain relief because ileus can be very painful. Jake was not eating much, so he had to be syringe fed with special recovery liquid feed to help keep his strength up. We were concerned that if he did not respond to medications that his guts might shut down and he might have to be put to sleep. 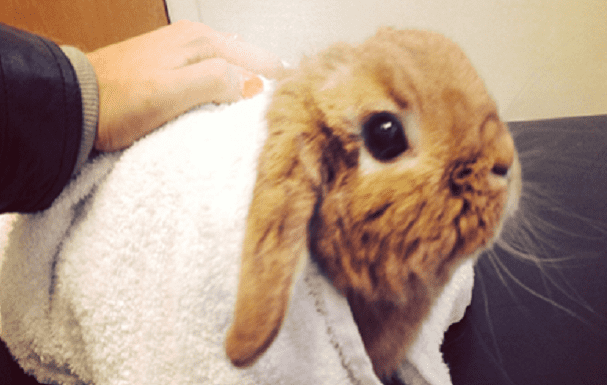 We continued to monitor Jake closely over the next few days and he gradually started to show improvement. His owner had to follow a strict regime of medication and liquid feeding every few hours which Jake tolerated very well. He was treated at home as much as possible to reduce stress from being in an unfamiliar environment. 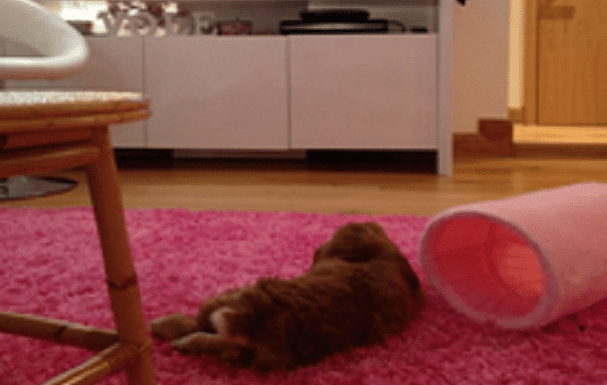 Jake did really well for a few months. He stayed on medications to keep his guts healthy.

We are sad to report however, a few months later, Jake sadly passed away. He will be greatly missed. He was a fab patient and we would like him to have this Big Bear Award.