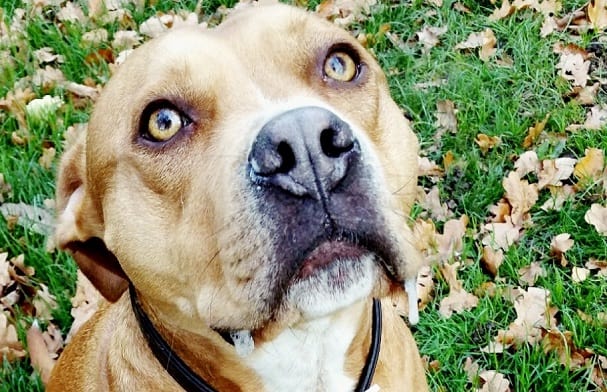 Charlie came to see us recently when his owners noticed a swelling on the back of his right leg behind his Achilles tendon. Charlie was very brave and had several tests done to try and work out what the swelling was. He eventually had surgery to remove it. The surgery was quite complex because the mass was surrounded by lots of important tissues, but luckily it was removed completely and found to be a benign lump (a fibrolipoma) which was a relief.

Charlie has recovered very well and has been especially brave for his bandage changes as he gets very anxious about having his feet touched.

During his surgery he also had X-rays of his chest and samples taken from his lungs, due to having had a cough for quite a long time. The results showed no infection or cancer, but long term inflammation. He is starting treatment for this soon and we wish him a speedy recovery from his surgery and a good improvement with his coughing.