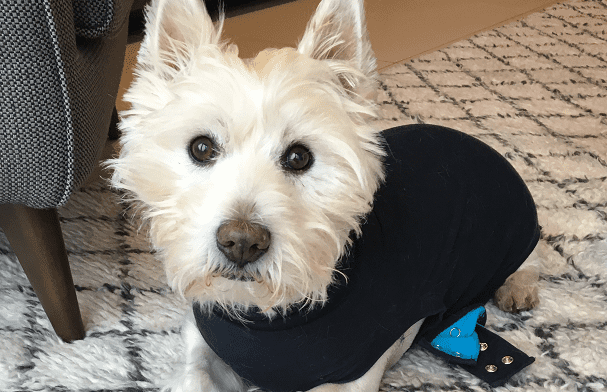 Reggie is an 11 year old Westie who has been with us at Vet4Life for just over a year; he came to see us in October last year as he had been coughing for a while and it had been getting worse. Several tests were done in the clinic to work out what the cause was, and unfortunately chest x-rays showed he had a tumour in his lung.

Reggie needed a special scan of his chest called a CT scan to see if it was able to be removed, and luckily, it did show that this could be done! In December, Reggie had surgery to remove the tumour in his lung. Surgery in the chest is quite challenging so we all had our fingers and toes crossed that he would do well... Fortunately, by the next day after surgery he was up and walking around and eating well! He stayed in hospital for a few days to ensure there were no post-operative complications and was home with his owners soon after!

One month later Reggie has continued to do really well and feeling much more like his old self again; enjoying walks and plenty of his favourite food. Well done Reggie! We are all so pleased that you have recovered really well after such a big surgery.