Rambo a lovely little 5 week old Ragdoll and came in to see us the beginning of February. The owner brought him in due to trauma and after the trauma he was showing signs of what the owner described as having a seizure.

William, our vet, admitted Rambo for treatment for trauma and shock. When Rambo was examined him he also had pyrexia (high temperature) of 40.2C. The normal range for cats is 37.5-38.8C. As Rambo was so young it was important to start treatment as soon as possible.

Rambo was given painkillers and set up to have intravenous fluids. He was nursed by Caroline making sure that his condition was not getting worse, checking his Temperature, Pulse and Respiration on a regular basis.

We also x-rayed Rambo to make sure there were no fractures or breaks. Lucky for Rambo the X-rays were showing clear.

As the day went on Rambo was showing slight changes of getting better. He was a bit more responsive to being handled by lifting his head up. He had urinated, which was a good sign that the bladder was still intact, because sometimes after having such trauma it can cause complications. His temperature was also dropping. He managed to eat a small amount of food from Caroline's finger, which were all great signs the the little man was responding to treatment!

William was happy with Rambo's progress but he was not yet out of the woods, it was a case of waiting and seeing how he progressed thoughout the rest of the day.

Rambo's owner came in that evening to come and collect him as he had responded well to the treatment. William booked him in for the next day with our vet Kirsty for a check up and further painkillers.

At the recheck the following day the owner reported that he had been sleeping a lot but was playing with the other kittens, and he was a lot brighter in himself. He had eaten a bit of food and was more co-ordinated when walking which was such a great improvement from the day before!

Our vet Kirsty examined him, his temperature has now dropped down to 38.4C which is within normal range. All the other vital signs where showing normal.

Rambo's owner was happy to continue his care at home with painkillers and TLC. We are now very happy to hear that Rambo is doing very well walking normally and playing with the other little kitten at home.

What a brave little man he is!! 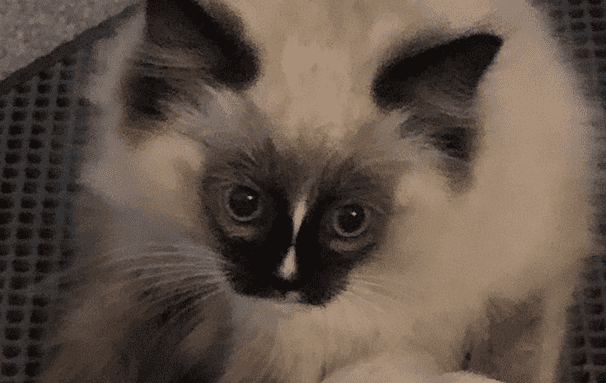